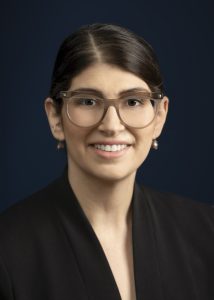 Jacobs & Jacobs Partner Allison Jacobs was recognized by New Haven Biz as a recipient of the “Women in Business” Award for 2021. 11 of New Haven’s most successful and accomplished leaders in business were selected. Winners will be honored at a ceremony that will be held on December 9.

The annual Women in Business Award aims “to put a spotlight on a few of the successful women in the region and their accomplishments. As executives, entrepreneurs and leaders, women play an important role in the economy and public life of New Haven and Connecticut. While there are thousands of female leaders, and their numbers are growing daily, some stand out from the crowd because of their achievements and commitment to lead by example and encourage others on the path to success.”

“It is an honor to be selected to receive this year’s Women In Business Award,” says Allison. “I am truly humbled to be named among such brilliant and successful businesswomen. Thank you to New Haven Biz for highlighting the accomplishments of women. We still have a long way to go to shatter outdated perceptions and attitudes that persist in holding women back, even today.”

Allison is a partner working from Jacobs & Jacobs’ New Haven office. As a New Haven personal injury lawyer, she handles cases ranging from car accidents to defective products. In 2021, she was also named as one of the “New Leaders in the Law” by the Connecticut Law Tribune and been named as a “Rising Star” by SuperLawyers.